On March 29, the M.A. Food Studies students journeyed to Amatrice and Campotosto to learn about rural development in the aftermath of natural disaster.

Like much of the Abruzzo, Umbria, and Lazio regions, the towns of Amatrice and Compotosto are still recuperating from an earthquake that struck in August 2016 and demolished what were once some thriving tourist destination. In Amatrice, the students visited a couple of the farms that are still in business of diary products, quality meat and fruit, and got a firsthand look at what “resiliency” in agricultural systems can look like. For instance, in Casale Nibbi, which produces mostly apples, cherries, and dairy products, the owners explained how they network with the few remaining food producers and processors in the area to trade favors and help keep one another in business. As a matter of fact, rural economy is a crucial sector of the above-mentioned area, where farms are scattered all over a poorly populated mountain region that suffered relevant material and symbolic losses. Accordingly, touring inside and around the town of Amatrice allowed students to observe examples of post-earthquake reconstruction rural based activities. Particularly, they witnessed the struggle of the few remaining residents to keep their jobs and identity alive although the majority is still living and working in provisional tensile structures. Finally, they stopped at the newly built "food area", close to the public school district, where the historical restaurants of Amatrice were relocated in prefabricated premises made of wood.

After feasting at La Conca, birthplace of pasta amatriciana in its namesake town of Amatrice, the group made one last stop at La Mascionara. The dairy consortium purchases meat and milk from local livestock farmers to make high-quality cheeses and charcuterie. La Mascionara sells to solidarity purchasing groups, farmer’s markets, and even the high-quality retailers Eataly and Naturasi in Rome and Milan. In other words, its value-adding activity helps connect the earthquake-stricken territory with the greater Italian food economy.
The students were guided by members of Movimento per la Terra (Movement for the Earth), an NGO network that has been working to revive the rural economy by supporting small farmers and breeders. Given that the farmers are highly dispersed across the mountain territory, Movimento per la Terra strives to reconnect the producers with one another and with the wider market through collaboration with other NGOs.

This field trip was quite a humbling one, as the piles of rubble and ruin amidst the rolling mountain landscape made a jarring sight. However, the farmers offered some hope by discussing their progress in reviving their businesses and community. The students left with a new appreciation for how critical social and economic networks are for sustaining, developing, and restoring rural communities. 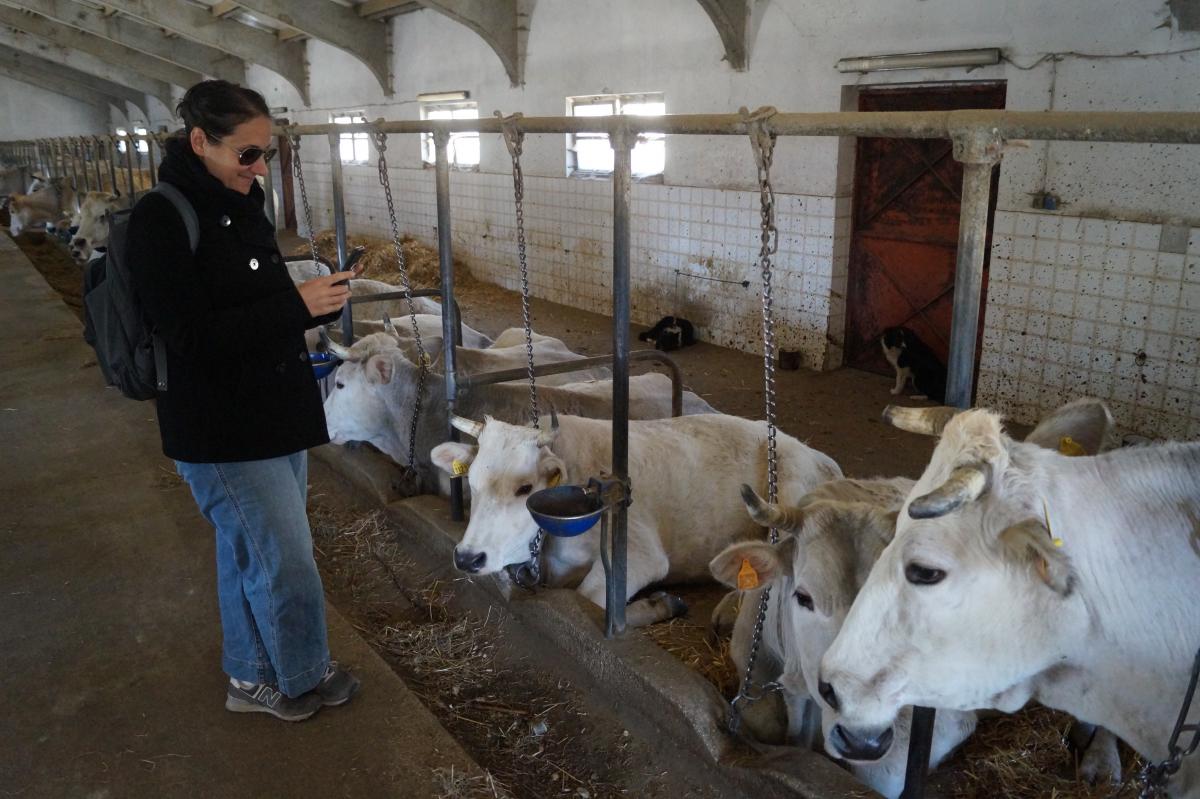