The M.A. Food Studies students were excited to return to the Food and Agriculture Organization of the UN (FAO) on April 4 for the annual George McGovern lecture, presented this year by Dr. Christopher B. Barrett of Cornell University. The lecture series has been running since 2002 in honor of George McGovern, former Ambassador to USUN Rome, for his strides in combating world hunger including helping establish the World Food Programme. Dr. Barrett is one of the world’s leading agricultural economists, winner of the 2013 USAID Science and Technology Pioneers Prize, and author of over 300 publications – including a 2010 Science article, “Measuring Food Insecurity,” which the M.A. students read last semester.

Several members of the AUR Food Studies faculty were also present for the lecture, “On Science and Solidarity: Innovations to Meet Global Food Security Challenges.” Dr. Barrett began his talk by stating that the world is capable of producing enough for all humans to eat, even though the four pillars of food security – food availability, access, utilization, and stability – have not been met yet. This optimism ran through his lecture, as he elaborated that the recent increase in the global number of undernourished people should not overshadow previous successes in fighting hunger. The Green Revolution, for instance, drove down real food prices and raised farmer standards of living. Today’s food insecurity challenge is no longer one of food quantity but rather one of poverty and utilization – making sure food production corresponds to nutritional gains. Dr. Barrett called for more attention on supplying and distributing complex foods to combat micronutrient deficiencies. He argued that nutrient-richness and dietary diversity have been neglected because people feel pangs of hunger (demands for calories) but no immediate discernible symptoms when their bodies lack, say, zinc or iron.

Dr. Barrett elaborated several other important considerations for the fight against food insecurity, including adaptable research and development models that can be implemented in different contexts to suit agro-climactic specificity. Ultimately, he underscored collective action as key to maintaining and attaining global public goods such as peace and zero hunger. The lecture provided an alternatively optimistic perspective on the looming specters of hunger and climate change, suggesting hope for the use of technology to increase agricultural productivity and improve food distribution. Gesturing to the various school groups in the audience, Dr. Barrett declared that the next generation of researchers and policy-makers will have unparalleled scientific acumen and dedication to solving food security. 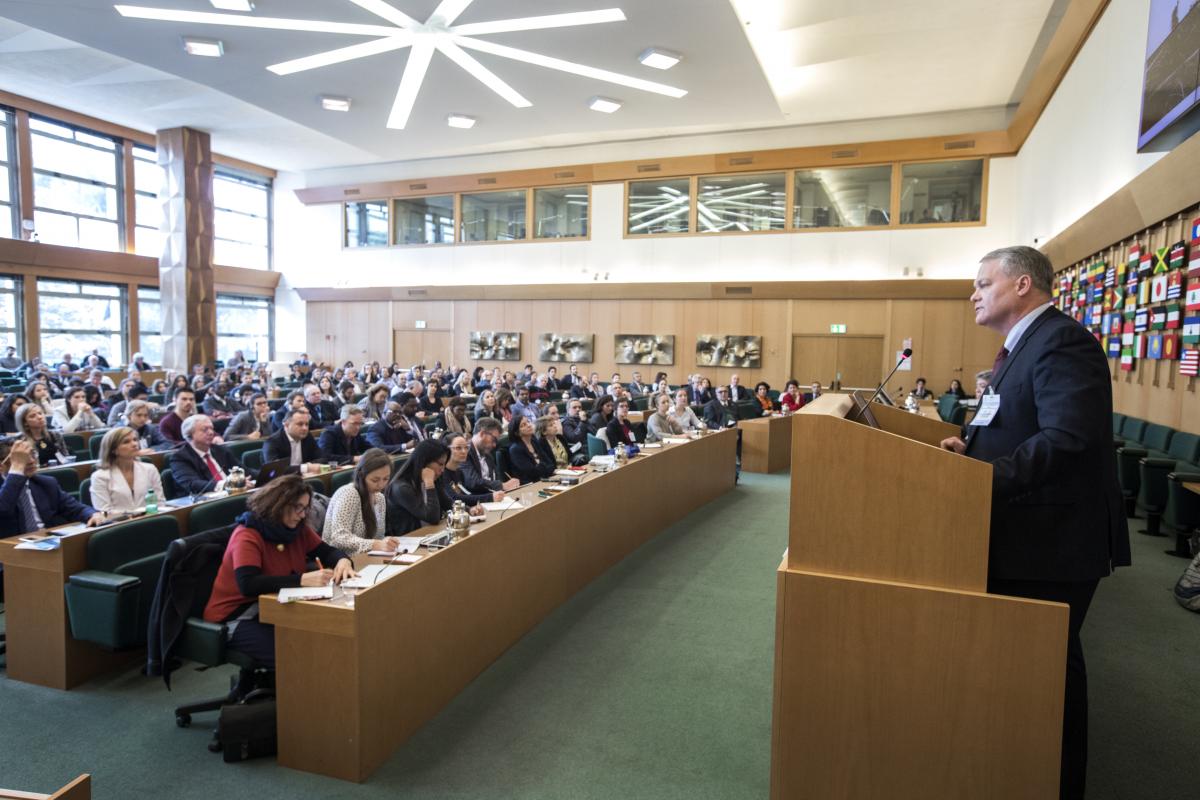