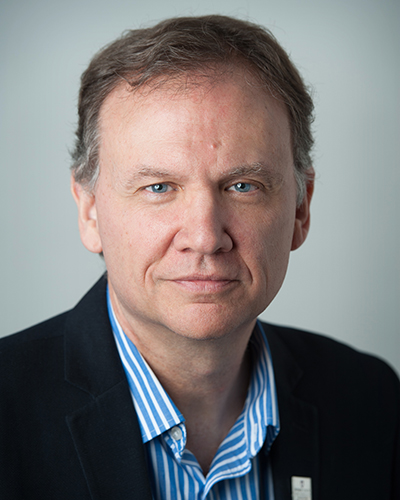 Dr. Sprenger has long experience with foreign language programming and with connecting the liberal arts to global career opportunities. His administrative work as both provost and dean has covered a broad range of areas, such as strategic planning, institutional budgeting, faculty hiring and promotions, curriculum development and oversight, international programs, college and university advising, the creation and oversight of research centers, grant writing and fundraising. At AUP, he secured Andrew W. Mellon institutional grants to improve first-year programs and to open a Civic Media Lab and a Center for Critical Democracy Studies. With private funding, he founded a Center for the Study of Genocide, Human Rights and Conflict Prevention.

While at BYU, Dr. Sprenger's main assignment was to create and oversee a program called Humanities+ whose aim was to bridge the humanities and liberal arts to the global labor market. Humanities+ has been acclaimed in the national press and by the American Academy of Arts and Sciences as one of the most innovative initiatives in the liberal arts in the United States. He has also advocated for the humanities and liberal arts with Congress via the Humanities Alliance Conference, on the radio, and in the Chronicle of Higher Education.

Dr. Sprenger's graduate degrees in French Studies are from Johns Hopkins University and Emory. In 2009, he was the recipient of a Fulbright Scholar award in Brussels/Paris. He did post-doc work at UCLA from 1999 to 2001.

His main publications are on modern European literature and culture

AUR's President
Board of Trustees
Careers at AUR