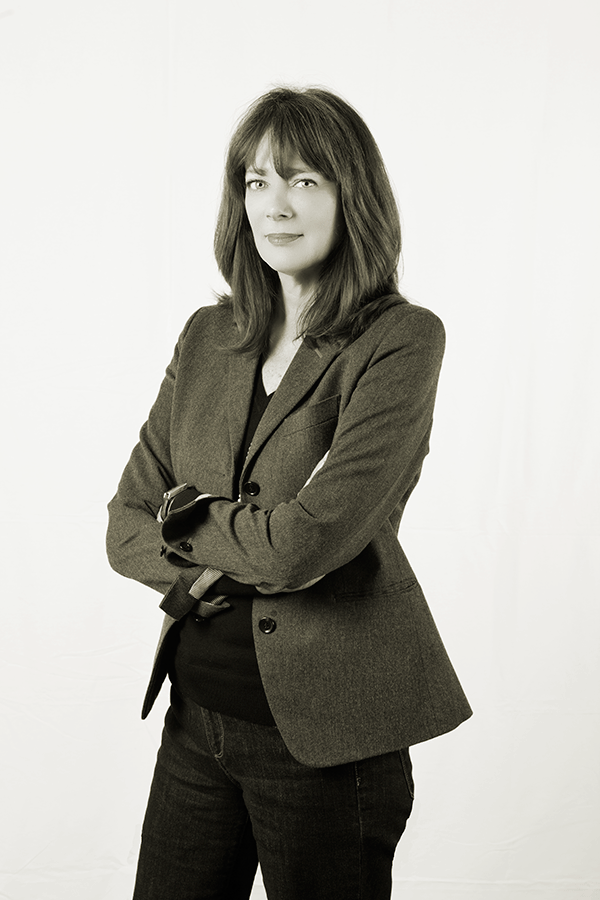 Lisa's research interests include the twentieth-century novel, humor studies, travel and transnational literature, and literary history, especially as it relates to ideas of modernity, narrative, and aesthetic response. Her research on humor theory and social satire explores the way humor is used as both a defense mechanism and a weapon in order to confront overwhelming and unsettling circumstances. She is particularly interested in how humor requires an aesthetic way of seeing that insists on pleasure. This ties in with her other research stream, which explores the literature of travel and the nature of exile and expatriate experience. Often the literary accounts of displacement employ a dark humor, a type of humor that Freud claimed allows for the individual to maintain a “customary hold” on the ego, even if the material circumstances threaten to overwhelm it.

Lisa's teaching interests include courses in Modernism, Satire and the Comic Form, the Literature of the Grand Tour, Literary Responses to War, as well as surveys of Anglo-American literature. Her writing courses draw on her background in composition theory and an interest in the art of the popular essay, which includes such topics as food, travel, and culture.

Lisa blogs as 'Expat Literary Traveling' - catch up with her latest posts at lisacolletta.com. 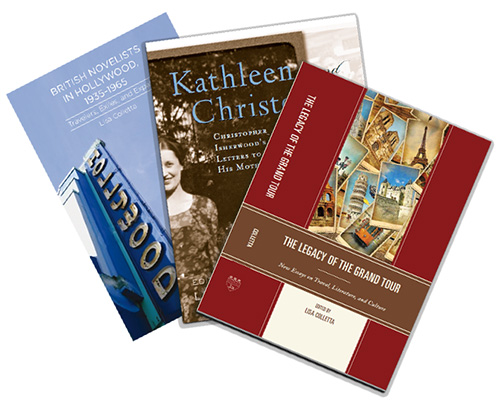 The Legacy of the Grand Tour: New Essays on Travel, Literature, and Culture

"The Legacy of the Grand Tour: New Essays on Travel, Literature, and Culture" is an impressively informed and informative work of originality and scholarship that would augment any academic library.
-- Midwest Book Review

"Lisa Colletta has written a lively and engaging study of British and European writers who came to Hollywood in an effort to escape what they saw as a society exhausted by the burden of history, and later fleeing fascism and hoping to create a new artistic and literary home. This book creates a powerful portrait of expatriate writers Theodor Adorno, Bertolt Brecht, Aldous Huxley, Christopher Isherwood, Anthony Powell, and Evelyn Waugh as they grapple with the contrast between the shallow and commodified culture of Hollywood and the complex and tragic past in which British and European writers were embedded."
-- Wendy Martin, Professor of American Literature and American Studies, Claremont Graduate University, USA and editor of Best of Times, Worst of Times: Contemporary American Short Stories from the New Gilded Age

"They would say it was the 'quality of the light,' but surely it was easy money that drew British writers to Hollywood. Few liked it. Most left with big egos and bigger bank accounts. Lisa Colletta has given us a fresh take on a place that everyone thinks they know from a point of view that is not-too-foreign. English literary lions usually criticized Southern California (and the US) less as a friend would and more like an eccentric old auntie."
-- James J. Berg, editor of Isherwood on Writing

"With wit and insight, Lisa Colletta's fascinating and disturbing study shows us how British writers in Hollywood reverse the traditional travelogue, teaching us through their fiction, essays, autobiographies, and letters that the 'old world' and its literature are worth returning to after all.'
-- Kristin Bluemel, Professor of English, Monmouth University, USA and editor of Intermodernism: Literary Culture in Mid-Twentieth-Century Britain

Kathleen and Christopher: Christopher Isherwood’s Letters to His Mother

Contextualizing major cultural and political events of each decade alongside events in Isherwood’s life, Colletta captures this rising tide of uncertainty and urgency, effectively underscoring the relation between the historical and the personal.
--Jamie Carr, MODERNISM/modernity 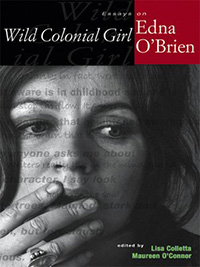 "Readers of Edna O'Brien's lyrical fiction can discover or revisit in Wild Colonial Girl the favorites—Kate and Baba, the mother and the Virgin Mary, Sister Imelda, ancient and modern Ireland, Breege and the Irish Revolutionary soldier—all in a search for selfhood amid sexual conflict, ambient guilt, and social paradoxes. Irish author Edna O'Brien has long merited this breakthrough scholarly study."
-- Grace Eckley, editor of Newstead

Dark Humor and Social Satire in the Modern British Novel

"… finally fills a gap in literary criticism. It intriguingly combines a literary study of humor with modernism, and does not shy away from investigating authors such as Powell and Waugh, who have so far been largely avoided by modernist scholars."
--Christine Berberich, MODERNSIM/modernity

"A work filled with breadth, depth, and savvy."
--Regina Barreca, University of Connecticut

“The Celebrity Effect: Isherwood, Hollywood, and the Performance of Self.” The American Isherwood. University of Minnesota Press, Forthcoming, Fall 2014.

“The Liberal Arts and the Marketplace.” The Western Humanities Review,  Fall 2011.

“Political Satire and Postmodern Irony: The Really Fake or the Really Real in Contemporary Mock  (or not) News Programming.” Critical Engagements: A Journal of Criticism and Theory,  3:2:Winter 2009.

“The Spirit of (Simulated) Place: Travel, Art, and the Theme-Park Aesthetic.” The International Journal of Arts in Society (4:4 Dec 2009).

“Political Satire and Postmodern Irony in the Age of Stephen Colbert and Jon Stewart.” The Journal of Popular Culture (42:5 Oct 2009).

“The Dark Domestic Vision of Ivy Compton-Burnett.” And in Our Time: Vision and Revision in British Writing of the 1930s. Antony Shuttleworth, editor.  Lewisburg: Bucknell UP, 2003.

“The Myth of Rome: From the Grand Tour to HBO”
Contemporary Rome: Changing Faces of the Eternal City, a Bilingual Conference. The American University of Rome, November, 2011.

“The Spirit of (Simulated) Place: Travel, Art, and the Theme-Park Aesthetic.”
2009 International Conference of Arts in Society. Venice, Italy, July 2009.

“Too Too Bogus: London in the Twenties.”
Anthony Powell Conference. London, England, December 2005.

“When Hollywood was the Raj: The British in Los Angeles Between the Wars,”
on the panel “The Partitioned Grounds of Colonial Narratives: British India, British Hollywood, and the End of Empire.”
International Narrative Conference, Burlington, VT, April 2004.

“Powell and Dark Humor,” and “Powell and Waugh in Hollywood.”
Anthony Powell and Oxford of the 1920s. Balliol College, Oxford, UK, April,2003.

“Even in Death: Humor and Laughter in the Wake of 9/11.”
European Culture in a Changing World: Between Nationalism and Globalism. The International Society for the Study of European Ideas Conference. Aberystwyth, Wales, July 2002.

“The Dark Domestic Vision of Ivy Compton-Burnett: A House and Its Head.”
Border Crossings: Refiguring Culture and Literature in the Space Between 1914-1945. New Paltz, NY, October 1998.

“The Geography of Ruins: John Fowles’s Daniel Martin and the Travel Literature of D.H. Lawrence.”
Love, Loss, Landscape: A Symposium on the Writing of  John Fowles. Lyme Regis, England, July 1996.

“The British in Hollywood: Travelers, Exiles, and Expats.”
The American University of Rome.

Wild Colonial Girl: Essays on Edna O’Brien, nominated for Robert Rhodes Prize for a Book on Literature, sponsored by the American Conference for Irish Studies.

Dark Humor and Social Satire in the Modern British Novel nominated for the Gustave  O. Arlt Award in the Humanities, for first a first book that makes an outstanding contribution to the Humanities.