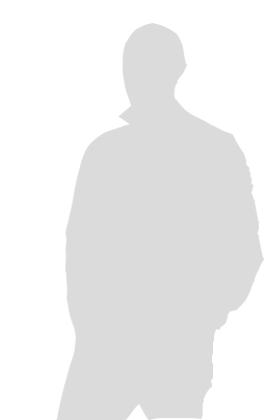 Dr. Sunga’s work in international human rights, humanitarian law and international criminal law has taken him to some 55 countries for monitoring, investigation and reporting, technical cooperation, lectures, training and workshops, involving international organizations, Government officials, academics, NGOs and civil society. Over the last 25 years, he has worked for or consulted with a wide array of UN agencies, Governments, academic institutions, think tanks and national human rights institutions, and he has been a regular commentator in news media. Further information on his work, including publications and media appearances, is available on his website.

Dr. Sunga’s doctorate thesis titled “Individual Responsibility for Serious Human Rights Violations in International Law”, published in 1992, advocated that anyone, regardless of their official rank or capacity, should be held criminally liable for serious violations of human rights or humanitarian law. In 1994, Dr. Sunga conducted investigations into the genocide and associated violations perpetrated throughout Rwanda from April to June 1994 for the UN Security Council’s Commission of Experts on Rwanda, and he drafted the report which Secretary-General Boutros Boutros-Ghali submitted in November 1994 to the Security Council recommending and leading to the establishment of the International Criminal Tribunal for Rwanda.

From 1994 to 2001, Dr. Sunga served as Human Rights Officer at the UN Office of the High Commissioner for Human Rights in Geneva. In 2001, he returned to academia to become Associate Professor and Director of the Master of Laws in Human Rights program at the University of Hong Kong Faculty of Law (2001 to 2005), then Senior Lecturer and Director of Research (2005 to 2009) and since 2009, Visiting Professor, at the Raoul Wallenberg Institute of Human Rights and Humanitarian Law (RWI) in Lund, Sweden. In 2007, he took leave from RWI for several months to serve as Coordinator for the UN Human Rights Council’s Group of Experts on Darfur.

What is democracy without human rights or the rule of law? Dr. Lyal S. Sunga

Book Sections
Can Human Rights NGOs Be Trusted in the Corridors of the United Nations and International Criminal JusticeInstitutions?, in Partnerships in International Policy-Making, Palgrave (2016) 107-129.

The Human Rights Council, in An Instit’l Approach to Responsibility to Protect: Cambridge (2013) 156-178.

Does the Concept of 'Human Security' Add Anything of Value to International Legal Theory or Practice? inPower and Justice in International Relations, Ashgate (2009) 131-146.

What Effect If Any Will the UN Human Rights Council Have on Special Procedures? in International HumanRights Monitoring Mechanisms: Martinus Nijhoff (2nd ed.) (2009) 169-183.

Dilemmas of NGO Involvement in Coalition-Occupied Iraq, in Ethics in Action, Cambridge (2007) 99-116.

The Role of Humanitarian Intervention in Int’l Peace and Security: Guarantee or Threat?, in Int’l ProgressOrganization & Google Books (2006) 41-79.

Independence and Fairness of the ICC, in Study on Major Issues Relating to the International Criminal Court(People’s Court Press) (2003)(in Putonghua) 24-30.

Full Respect for the Rights of Suspect, Accused and Convict: from Nuremberg and Tokyo to the ICC, in Henzelinand Roth (eds), Le droit pénal à l’épreuve de l’internationalisation, (Bruylant) (2002) 217-239.

The Special Procedures of the United Nations Commission on Human Rights: Should They Be Scrapped?, inAlfredsson (ed), International Human Rights Monitoring Mechanisms (Kluwer) (2001) 231-275.

The United Nations System for the Promotion and Protection of Human Rights with Special Reference to SouthKorea and the New National Human Rights Commission, 4 Sang Saeng (Summer 2002) 45-50.

A Critical Appraisal of Laws relating to Sexual Offences in Bangladesh (with Kawser Ahmed) 2015, 48 p.

In-Depth Study on the Linkages between Anti-Corruption and Human Rights for UNDP (2007) 59 pages.

Expert Background Paper on “Impunity as a Threat to Democracy, Human Rights and the Rule of Law”,UNOHCHR Expert Seminar 28 February - 2 March 2005 in Geneva, Switzerland, 22 p.

Kowloon - Ethics in Action- Panellist on “The Changing Role of Human Rights NGOs in Global Politics:Challenges and Dilemmas for the Future”, UNU / OSI / City U. China, 12 October 2003.

Haikou - “Can the International Criminal Court be a Fair and Impartial Instrument of Justice?”, ALRC / People’s(Renming) University in Beijing. China, 10-12 February 2003.

Hong Kong - The Impact of Anti-Terrorism Measures in Hong Kong and the Region - Panellist on “US Anti-Terrorism Policy and Asia’s Options”. University of Hong Kong Faculty of Law. China, 2 November 2002.

Ulaanbaatar - National Workshop on Human Rights and the ICC, Panellist on “The Search for InternationalCriminal Justice from Ancient Customary Law to the ICC” Mongolia, 21-25 January 2002.

Bangkok - Asian Regional Experts Meeting on the International Criminal Court - Panellist on “The MainOperating Principles of the ICC: An Overview of the Rome Statute”. Thailand, 11-12 Sept 2001.

London - Law Society of England and Wales - Panellist on “The Observance of Human Rights Standards in theAdministration of International Criminal Justice”. UK, 28 June 2001.

The Hague - Lecture on “International Criminal Law / Culture of Peace”, Netherlands, 13 May 1999.

The Hague - Panellist on “Mercenaries & Individual Criminal Responsibility”. Netherlands, 12 May 1999.

The Hague - Global Campaign to Ratify the ICC Statute, Netherlands, 11 May 1999.

Tirana - Regional Programme on Human Rights for Europe and Central Asia, Albania 21-23 May 2007.

Expert Review of Support Modalities for NHRIs in Asia, Swiss Agency for Development and Cooperation,with missions to the Maldives, Bangladesh and Nepal. May-
July 2014.

IDLO Senior Lead Researcher and co-author of “Promoting and Protecting the Universal Right to Freedom ofReligion or Belief through Law: Current Dilemmas and Lessons Learned”, Rome, Italy, Oct 2013 to Dec 2014.

UNOHCHR International Expert - Workshop on UN Human Rights Mechanisms for Federal and RegionalOmbudspersons in the Russian Federation, Moscow, Russia, 17 May 2012.

Special Assistant to the Minister of State for Multiculturalism, Ottawa, Canada, June - August 1983.