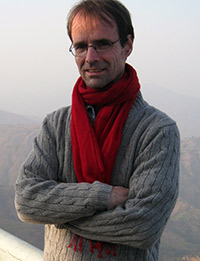 Christopher’s message is that professionals within the fields of Archaeology and Heritage urgently need to re-examine their narratives and practices and become more relevant to contemporary society. His talk was focused on Oslo, Norway, where he has conducted fieldwork. The results show that archaeology and cultural heritage have had little impact on immigrant communities. As a result students and professionals in these fields are largely recruited among Northern Europeans. Effectively culture and heritage is run by, and directed at, a traditional white middle class population, completely excluding a large proportion of the population of contemporary Oslo. He cited interviews with established Punjabi Pakistani immigrants which showed that they considered the humanities a luxury field of study, irrelevant to new immigrants who first need to establish their economic status in Norway in professions such as law, engineering and medicine. Immigrant communities also expressed displeasure at the way museums attempt to represent their cultures, by emphasizing their “otherness” as opposed to finding points of communication to bring the various foreign and Norwegian cultures closer together.

The message of Christopher’s talk was very timely for Cultural Heritage students. We are beginning our own analysis of the interaction between immigrant communities and the population of Rome. Notwithstanding the fact that Rome and Oslo are at opposite ends of Europe we found many of the same sentiments expressed which will certainly give us food for thought as we move forward.