On Saturday, October 6th, the inaugural Peace Studies cohort traveled to Ravenna with Professor and Program Director, Dr. Davor Dzalto, for an on-site class. Students had the opportunity to study Ravenna’s rich history and significance especially as pertaining to religion and empires in Antiquity. 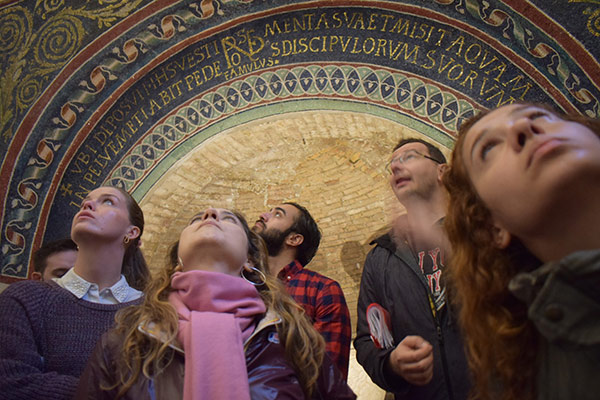 Beautiful architecture and delicious northern Italian food were just as amazing to experience as the history itself. 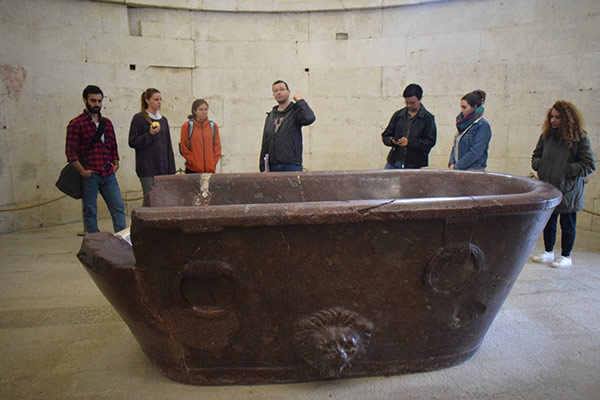 Afterward, the city formed the center of the Byzantine Exarchate of Ravenna until the invasion of the Lombards in 751, after which it became the seat of the Kingdom of the Lombards. 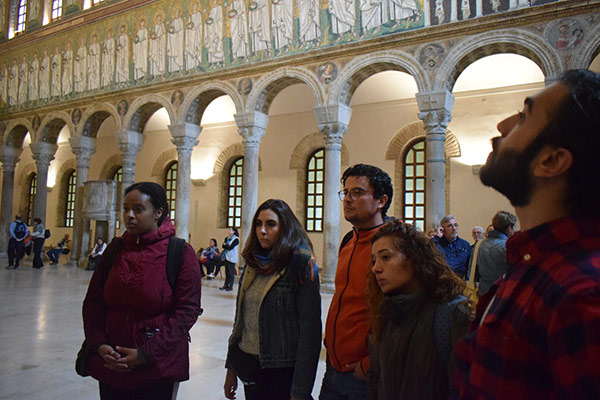 Although it is an inland city, Ravenna is connected to the Adriatic Sea by the Candiano Canal. It is known for its well-preserved late Roman and Byzantine architecture and has eight UNESCO World Heritage Sites.