Barbara Nazzaro is an architect and serves as technical director of the Colosseum. She began the tour with a summary of the nearly 2,000-year history of the amphitheater. The tour of the archaeological site included a walk through the underground area, which was a first-time experience for all the students. Nazzaro discussed a modern recreation of an elevator and explained how the cages and lift worked to get animals onto the arena floor.  She also pointed out the shafts that were used to elevate gladiators up for battle. Much of the underground area is closed currently for an archaeological dig.

Next, Nazzaro took the students to the new exhibition areas on the second level of the complex. The Roma Universalis exhibition features the cultural, economic, and archaeological contributions of the Severian dynasty. Models of sites built by the dynasty can be viewed, including several locations in Libya. The second exhibition is about the Colosseum and features displays that show how the structure has been used throughout history. Artifacts dug from the site are also on display and provide a glimpse into the activities that occurred in between the gladiator games: eating, drinking, dice games, etc.

The students were grateful that Nazzaro had time to complete the tour by taking them to the top ring of the Colosseum, which had been designated for the poorer citizens of Rome. The view of the entire site from this area was magnificent, causing some of the students to express that the poor had the best seats in the house.

The Colosseum, one of the world’s top visited tourist attractions, is managed by a staff of approximately 50. More than seven-million visitors toured the site last year, and numbers are expected to rise in 2019.

Sustainable Cultural Heritage students are being trained to provide their knowledge and expertise to sites such as the Colosseum so that the heritage will be available for future generations. 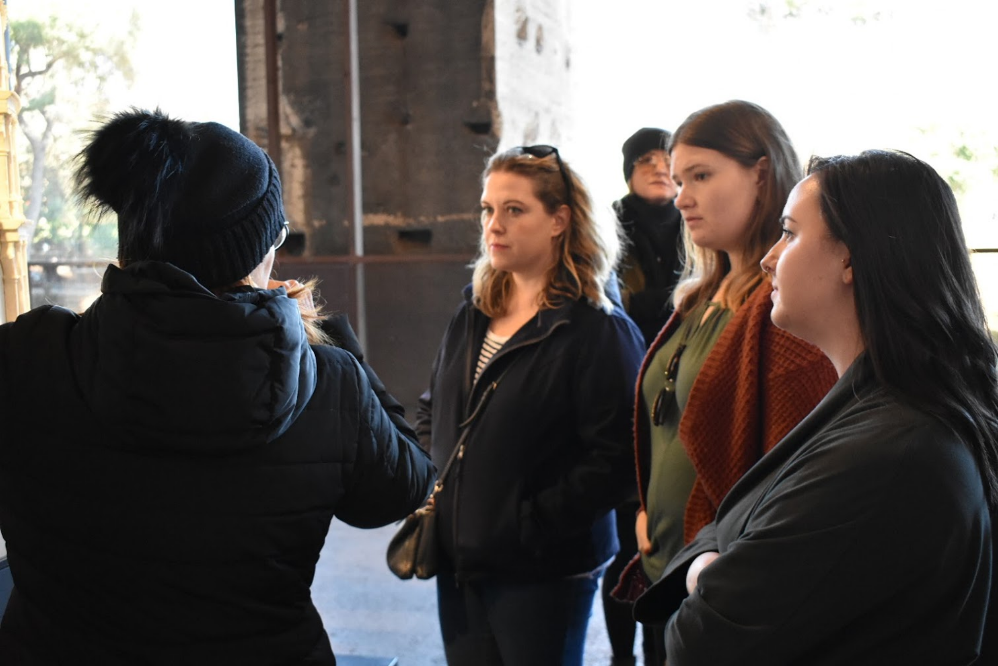 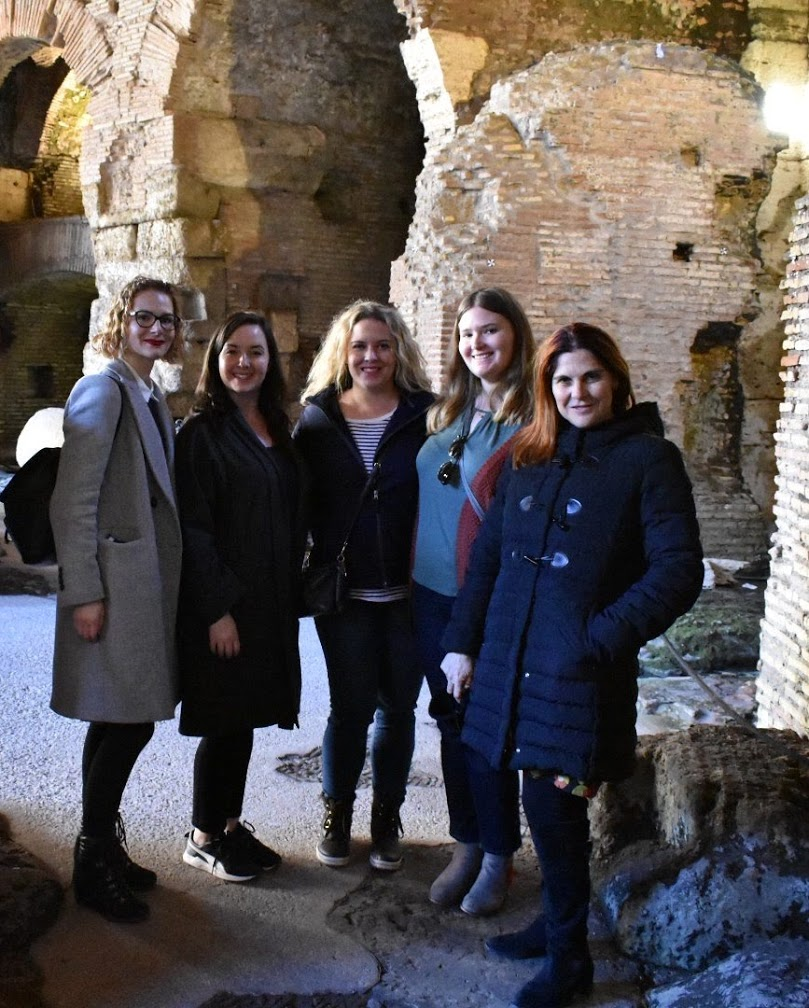 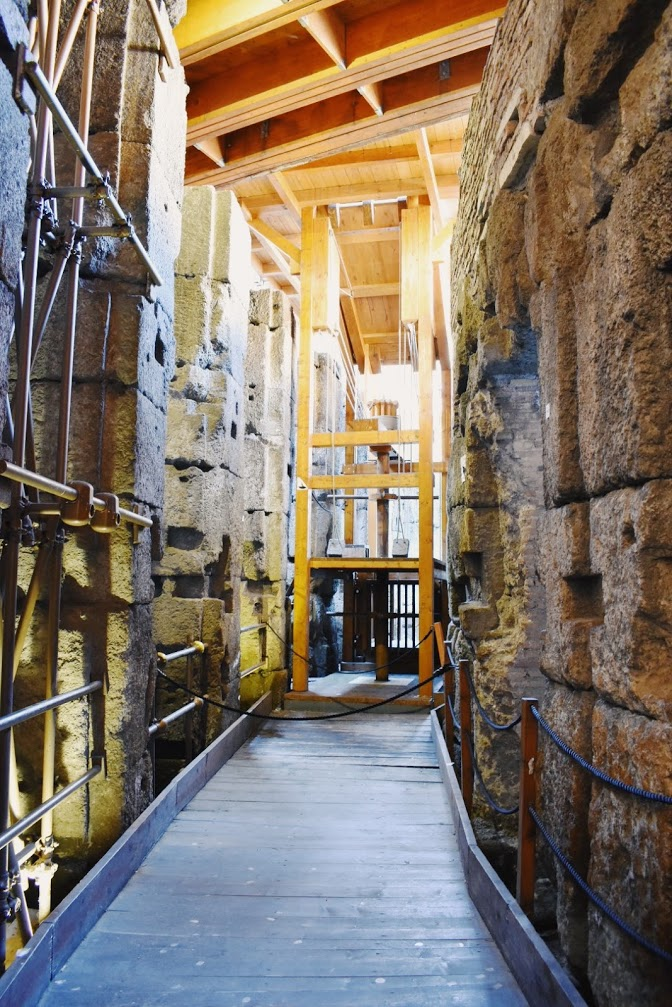 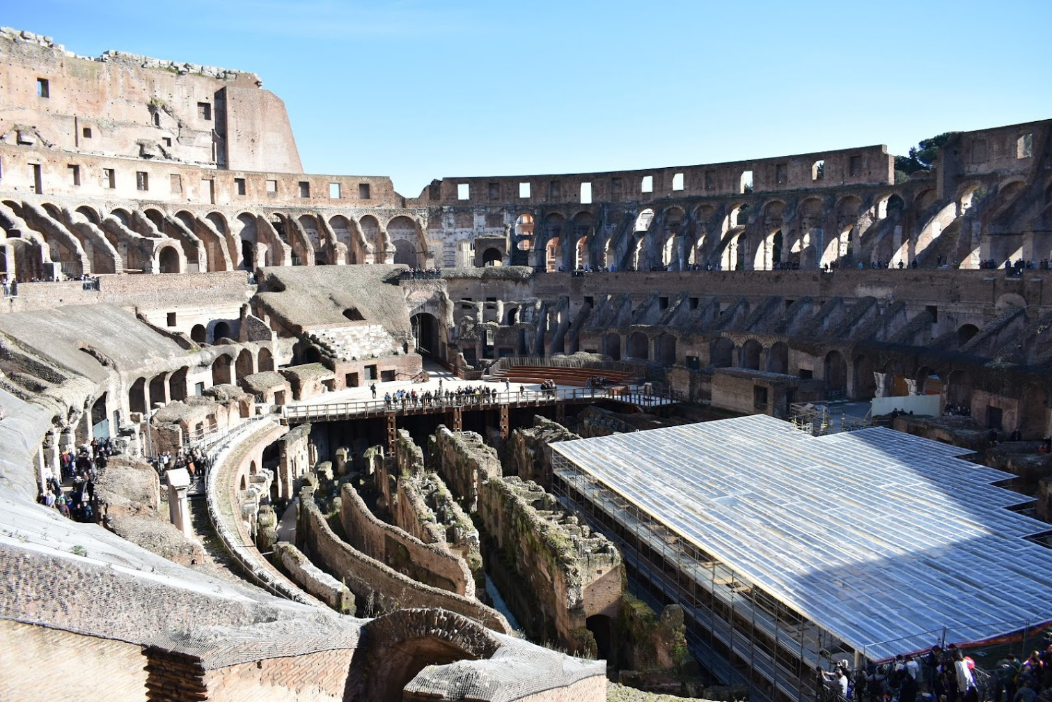