On April 9, 2018, AUR’s M.A. Program in Food Studies and Center for Food Studies, together with the Harvard Club of Italy, hosted a guest lecture by Harriet Friedmann entitled 'Metabolism of Global Cities: London, Manchester, Chicago: the history of imperial, industrial and agro-industrial cities that drew in "food" as they emerged and transformed landscapes far away.'

The history of cities can be seen through the metaphor of metabolism -- the conversion of energy from outside an organism into its life-sustaining processes. Cities are best understood not as amorphously “global”, but rather as concretely translocal, successively shaping and reshaping distant (as well as contiguous) biocultural landscapes.   London, Manchester and Chicago arose. in a specific sequence. Slavery and sugar were keys to the metabolism of imperial London, at the same time transforming biocultural landscapes in Africa and the Americas; later American slavery was deepened and extended into new landscapes to provide cotton to feed the mills of industrial Manchester, together with landscapes incorporated or marginalized in Africa and Asia; finally, many industrial cities following the template of Manchester called forth cattle and wheat from transformed indigenous landscapes to feed agro-industrial Chicago. 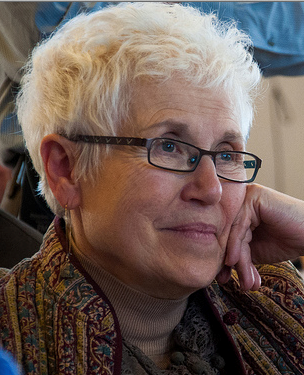 Harriet Friedmann is Professor Emeritus of Sociology, University of Toronto, presently Visiting Professor at LEST, University Aix Marseille. She was past Visiting Professor at the Carleton University in Ottawa, Institute of Social Studies (Erasmus University) in The Hague, CPDA Research Centre of the Federal Rural University of Rio de Janeiro, and CIRAD in Montpellier. Her publications span several aspects of food and agriculture, notably as co-developer of the historical food regimes approach, which specifies periods of power, accumulation, and diets on a world scale, and even more important, transitions between regimes. Her recent publications are on international policies and ecological theories related to food system transformation and emergent governance across social/natural scales, as cities and capital have reorganized the biosphere and ethnosphere. Her current project is Global Political Ecology of Food. Friedmann was Chair of the Toronto Food Policy Council within Toronto Public Health in the 1990s, and is now in her third term as councillor. She serves on several editorial boards of food, agriculture, and global change journals and several nonprofit boards, e.g., USC-Canada, which supports small farmers in its Seeds of Survival projects across the world, Toronto Advisory Committee for the FAO-RUAF city-food region project, and Toronto Seed Library. She was Chair of the Political Economy of the World-System Research Section of the American Sociological Association, and participated in the IAASTD Global Report. She received the 2011 Lifetime Achievement award by the Canadian Association of Food Studies.