Guest lecture by Mario Arvelo: “A Chronicle of Food and Hunger”.

On November 6, 2018, the AUR Center for Food Studies was proud to host Mario Arvelo, Permanent UN Ambassador of the Dominican Republic to the Food and Agriculture Organization (FAO) and Chair of the Committee on World Food Security (CFS – attended by the M.A. Food Studies students last month). Arvelo held a guest lecture entitled “A Chronicle of Food and Hunger,” in which he explored the history of humankind and its relationship to food through theology as a lead-in to discussing contemporary problems of the agri-food system. Above all, Arvelo underscored the need to value and stop wasting food as the first step to addressing the persistent problem of world hunger.

After tracing the coinciding development of religion and the early origins of sustainable food production, Arvelo segued into modern agricultural milestones and the fact that these still have not been sufficient to erase hunger. Speaking on the right to adequate nutrition, as per Olivier De Schutter and Jean Ziegler, Arvelo commented that “around the world, hunger casts a shadow on the human condition…every person who dies of hunger is a victim of murder.” He discussed the efforts of the FAO to address hunger and malnutrition under UN Sustainable Development Goal 2: Zero Hunger, and the difficulties facing this task, including international coordination, production, distribution, and climate change. Toward the end of his presentation, Arvelo described the ways in which people could work to fight hunger in their daily lives. Some of these recommendations were forms of resistance to the industrial food system, such as home gardening and favoring local, seasonal food purchases. Others were geared towards fundamentally changing our approaches to food and hunger, such as demanding investment in poverty reduction from policymakers and simply eating (or at least saving) the food on your plate. “Taking food seriously is a moral obligation” to the hungry as well as to the planet, given the ecological impacts of food production, Arvelo concluded.

Arvelo encouraged feedback from the audience following his presentation and was eager to engage with the students and guests. During a brief Q&A with M.A. and undergraduate students, Arvelo discussed some of his ideas on food production and waste prevention in greater depth. The Center for Food Studies is greatly appreciative of Mr. Arvelo’s visit, as his talk reinforced what the M.A. students have been learning but also offered inspiration by discussing strategies outside of the policy realm. 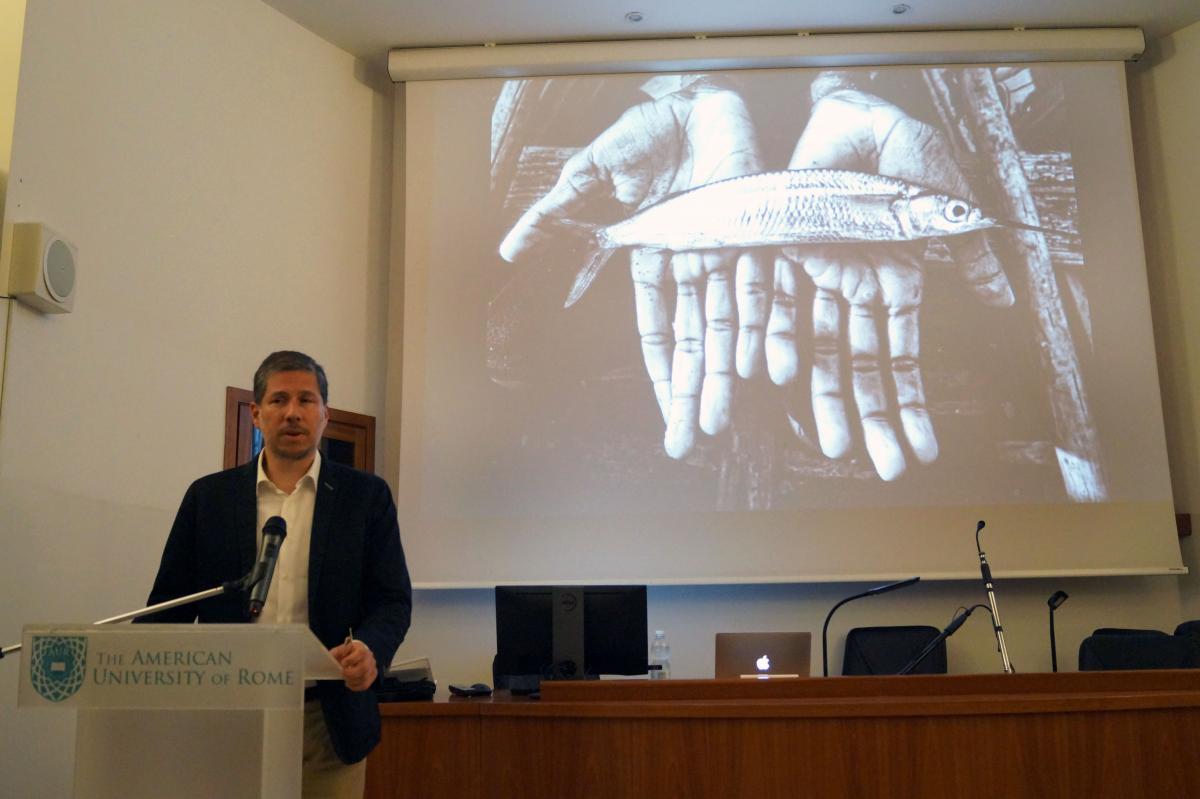